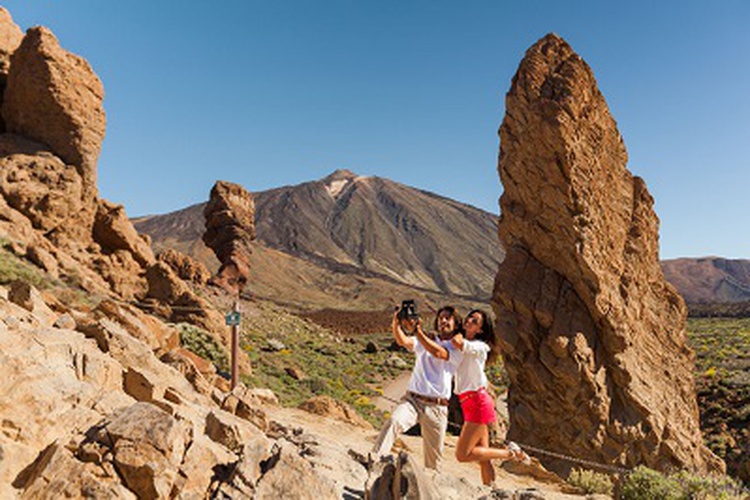 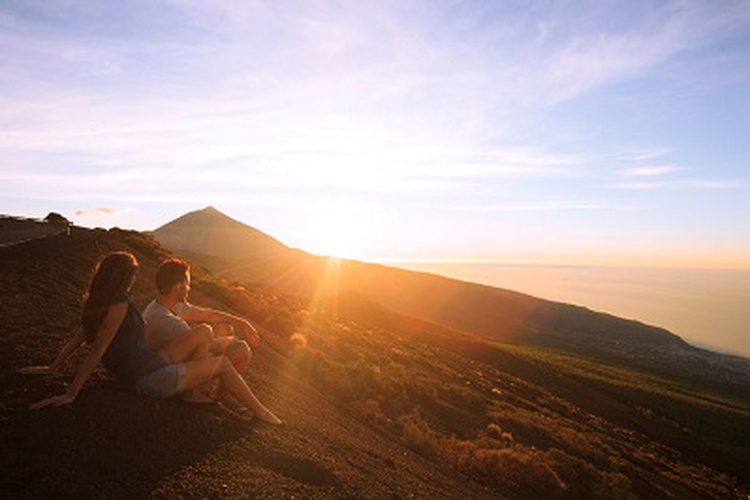 FLYING OVER THE SEA OF CLOUDS AND BEGIN TO DREAM

A must see that you should not miss when traveling to Tenerife. At 3,718 meters high, crossing incredible Canarian pine forests and surpassing a spectacular sea of clouds that forms between 900 and 1,500 meters of altitude, you will find the symbol of the island, its imposing volcano, El Teide. This national park is one of the most visited and the third largest in the world that was declared a World Heritage Site by Unesco in 2007. A place full of contrasts, shapes and colors where you can walk on roads dotted with numerous viewpoints on your ascent, make an easy hiking route through the Teide National Park, stargazing or a cable car up to the peak of Teide.

Don't forget to take your famous photo of the 1000 pesetas banknote in front of the Roque Cinchado!

HOW TO GO UP TO TEIDE

Access to Teide can be done from three roads: the TF21 from La Orotava and the TF24 from San Cristóbal de La Laguna in the north and from Chío in the south via the TF38 or the Vilaflor TF21 road.
If you are staying in the north, you can go up the Carretera de la Esperanza (TF24) or from La Orotava (TF21). The two routes offer different but equally spectacular perspectives. From Coral Hotels we recommend ascending the La Esperanza road.

If you have chosen to spend your stay in the south, then you have two accesses, one on the Chío road (TF38) and the other on the Vilaflor road. Either one is a good option.